Hatred Can Be a Useful Learning Tool Too.

"I think it’s time for us to occupy. Not going down and setting up tents out in front of city hall, but it’s time for us to be gainfully involved in boldly proclaiming truth and not backing down in the face of intimidation, whether it be from a school principal, kids if you’re listening obviously talk with your parents first, and parents, don’t be intimidated by school officials, don’t be intimidated by the ACLU. [snip]

"Should we be angry? No. But we should understand that it is the truth that sets people free and those in the homosexual community that are looking for fulfillment, that are looking for the approval that they are trying to get by forcing society to embrace homosexuality, they will never get it that way. They’ll only get it when they come to grips with the truth, that they are created in the image of God and God has a plan for their lives, and it’s not the destructive path that they’re on." - Hate group leader and KKK affiliate Tony Perkins, speaking on his radio show.

I find this line of thinking to be one of the largest detractors to a free and egalitarian society. The forthright assumption that any citizen's "acceptance" requires being vetted by their particular religion to be free and equal is a leap I'd love to see supported by say...the very documents and ideologies that make this republic unique in the first place.

On a more personal level, this line of arch-hubris is one of the reasons I stopped consorting with fine and compassionate Christians. I could never in my heart and head reconcile this willful cruelty, this "love my religion and adopt my worldview or else" way of doing religion.In a way, I should thank the likes of Perkins for his "truth". As a teenager, the more I saw this sort of santimonious bile that passsed for "Christian Compassion" the less it made me believe in this God or any other being real and provable.His smug, taciturn "truth" convinced me that the proverbial cake was a lie. His calloused stance on this, and his politicisized version of Christianity defies my upbringing in Herculean ways, and offends my sensibilities as a believer in equality...and yet, these men, the Tony Perkins and Bryan Fischers and Michelle Bachmann's of the nation are the face of modern Christianity. I should thank Perkins for reminding me why this (compassionate, loving, humane) God of his is a myth.
Posted by g_whiz at 7:36 AM No comments:

Email ThisBlogThis!Share to TwitterShare to FacebookShare to Pinterest
Labels: gay media critique, how not to be a douchebag, super villains, you're doing it wrong 
I find the drum and strang on Melhman irksome because there have been very few conversations about him post coming out that even attempt to directly speak to his culpability as head of the party that made and continues to make being rabidly anti-gay a tentpole. Instead he's being lionized by OUT and more than a few apologists because he's out of the closet well after the damage has been done on the national scale and it is no longer politically expedient for him personally. There is in fact nothing heroic about being overwhelmingly opportunistic...and yet, here we are attempting to make excuses for those that haven't admitted wrongdoing. There's something so snide and disappointing in this narrative it makes me genuinely question the collective memory (and sanity) of the group he's profited off of maligning.
Posted by g_whiz at 1:34 PM No comments: Feral Children- The Power of Socialization Feral Children are an odd and disturbing social phenomenon. Nothing anywhere near as glamorous as Mowgli from the Jungle Book hanging around with noble, anthropomorphic wolves, or as theatrical as Nell, here are children so devoid of socialization, so cut off from social interaction that they have been deprived of the ability to function in the conventional social world.

One of the more prominent cases, of "Genie" , I've found on Youtube and plan to show in class as an example of the power and importance of socialization. We're not born with the culture and context of "appropriate" social behavior in us, and not having the primary socialization skills can be so detrimental to our long term growth that... well you can see the results here. Despite the age of the documentary, it still has a lot of validity.

Part 1 of "Secret of the Wild Children" here: 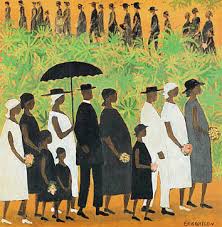 Multi-Purpose Nerdiness- Wolverine and His Amazing Friends. (In Which We Eat Crow)

Okay okay. Honest nerd moment: Despite how little I care for Wolverine and his "I'm the best at what I do and what I do is show up in every single Marvel book there is" level of overexposure, I fully and totally love the "Mutant Hogwarts...on crack" tone new writer Jason Arron  has taken with a book I was frankly planning on skipping altogether. But the early reviews were so good it was hard not to reconsider, and am I glad I did.

Why Wolverine and the X-Men #1 worked:


What doesn't:
So what we have is a new number one in a series that could have easily been a pass for me if not for the incredible treatment. While I'm not always over the moon about Wolverine, and find his involvement in X-Force counter to his sudden humanitarianism as a headmaster and educator... this is a great introduction to what might actually be an even greater series. I'm...begrudgingly going to keep an eye on this one.
Honorable Mention goes out to Jason Asmus on his one-shot Astonishing X-Men issue. Danger and Emma Frost was a team up so random  I didn't even know I wanted it. Having read through the issue I have to say a.) Emma when written well is always a joy read snark from, but her developing bonds with other characters seems somehow rare inbetween crisises. Her place in the X-Men is often dominated by her relationship with Scott, so it seems pretty interesting to watch her actually connect to others. b.) I'm looking forward to Asmus' run on Generation Hope given this interview.
Pretty great comic book day between the two issues.
Here's some new comic book day nerdy music to accompany your reading.
Ladies and nerds, the effervescent Toro Y Moi "Still Sound"
Posted by g_whiz at 2:37 PM No comments: