Santorum, the "Google Problem", and the analogues of Jim Crow and DADT politics. 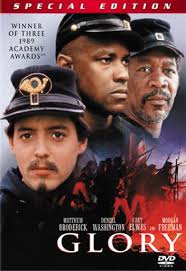 Say  what you will about Rick Santorum (and his "google problem")...but the man has a real gift for sticking his foot in his mouth.

Egg on face moment #2,132 is so bad that the Fox News interview in the link almost equals "gotcha" journalism. The commentator gives him a quote from a general against a policy Santorum assumes is DADT for the same biases referenced tirelessly about "military cohesion" and fairly quickly indicates that animus towards people based on immutable characteristics is the driving theme here.

When compared, the mentality of the military on integration was equally opposed when polled as it seemed to be to DADT. A fascinating historical account of both can be found here. Some of the most telling similarities follow:


Most civilians and military personnel opposed racial integration. One month before President Truman's Executive Order, a Gallup poll showed that 63% of American adults endorsed the separation of Blacks and Whites in the military; only 26% supported integration. A 1949 survey of white Army personnel revealed that 32% completely opposed racial integration in any form, and 61% opposed integration if it meant that Whites and Blacks would share sleeping quarters and mess halls. However, 68% of white soldiers were willing to have Blacks and Whites work together, provided they didn't share barracks or mess facilities.
As the 1993 RAND report noted,
"Many white Americans (especially Southerners) responded with visceral revulsion to the idea of close physical contact with blacks. Many also perceived racial integration as a profound affront to their sense of social order. Blacks, for their part, often harbored deep mistrust of whites and great sensitivity to any language or actions that might be construed as racial discrimination" (National Defense Research Institute, 1993, p. 160).

Bigotry is not a justifiable excuse for differential treatment in the eyes of the law in this case or others, but it without a doubt seems to fuel our ability to justify imposing our worldviews on others. To further the fabrication that "military cohesion"  is damaged by having integrated units is false and glaringly suspect when the two eras of the American military are compared. To claim that DADT is anything other than McCarthy era witchhunt code in modern guise is an increasingly tiring leap in logic, that Santorum's former employers are pressing this case makes it an interesting move away from the staunchly homophobic party line.
Posted by g_whiz at 1:22 PM