Wellsprings of Venom- The AFA and "Family Values" 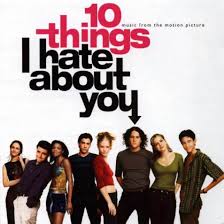 The only political event that I've ever heard that approaches this sort of language is this "Family Values Summit", which frankly seems to have more in common with an Oi band performance than it does with the more...cautious rhetoric of a nonpartisan function. This is the AFA when it thinks its preaching to the chior. This is what they think and believe. Full stop. Its been unadultrated hatred and undistilled bigotry...but its been very informative... ahhh the internet. It really does have uses outside of pornography. Seeing the coded "family values" misdirect for what it is? May actually be something to thank them for. At the very least, the pretense of civility has at least evaporated in a spate of hate speech and righteous indignation. The Summit has proven to be a wellspring of such.
Its a fascinating notion that the Southern Poverty Law Center has categorized the American Family Association a hate group (explanation from the link), solely on the fact that it uses consistent disproven rhetoric and hate speech to further its anti-gay agenda, is so in line with right wing ideology that numerous GOP candidates for the presidency of the United States have shown up currying favor.The soundbites from its figurehead Tony Perkins (Right Wing Watch has compiled quite a list of inflammatory statements from the guy) are far from partisan and...only rarely deviate from the idea that gay people are going to destroy the world. How he's not advocating gas chambers yet speaks to incredible self control. These orginizations are not as benign as they position themselves to be. The National Orginization for Marriage may have once claimed that its merely interested in preserving marriage, the AFA may suggest its just about "family values", but more and more when one pays attention to the tone, language and frequency of anti-gay hostility in the interests of what they perceive "family interests" to be...their pretense that they're not homophobic and purely interested in politically advancing  that marriage is between a man and a woman (tm) evaporates.
And now for some theme music. The National- Afraid of Everyone. Apt, no?