Twinkie Defenses- Blaming the Victim Never Goes Out of Style. 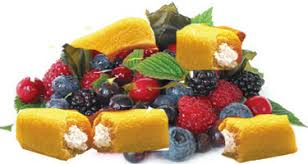 This is pretty difficult to watch. There are so many mixed messages in society but the one here is pretty clear. Nobody misses another kid who "experiments with sexuality". I think of the hatchet job Ramin Setoodeh Newsweek piece and the defense attorney's "gay panic" defense and am blown away by how often we tolerate it when kids who are or seem gay get stabbed or shot to death in our country because they made some straight person who can't control themselves uncomfortable.
The twinkie defense is alive and well. Its exasperating how ideologically speaking our culture can clamor for "personal responsibility" ...unless someone you encounter deviates from prescribed gender roles (or dresses too provocatively). Then its "Look what you made me do!" The number of slap on the wrist convictions and mistrials indicate that much of society seems comfortable looking the other way, because regardless of how a 14 year old who "experiments with sexuality" makes us feel, there ought to be a million more tolerable ways to deal with this than justifying his being shot twice execution style and then blaming him for being too provocative.


(EDITED TO ADD)  Something to think about; there seems to be an enormous amount of blaming the victim surrounding this case, and its been a consistent theme of the trial from its inception. I've long read and heard comments that mirror, "If only poor Larry could have gotten the help he needed he wouldn't have been such a target." I was thinking about Emmitt Till and how there's some correlation here when it comes to blaming the victim for violating perceived social norms.

"If only Emmitt Till had known better than to allegedlywhistle at or imply a white woman was attractive in the deep south...then he wouldn't have been responsible for his own brutalization and wound up chained to the bottom of a lake!"

It took decades for the Emmitt Till case to be tried effectively, why? Because a jury of "peers" in the area where the murder was comitted? They didn't have too much of a problem with keeping black boys in line with a little...forceful social control. Not dissimilar here, young Mr. King "experimented with his sexuality" made the wrong people uncomfortable annnnd we're going to look the other way as a society. It speaks to biases and inequality but worst of all injustices that might not ever be corrected.

The insult to injury is just staggeringly inhumane.