How Not to Be a Douchebag (Part II): Some Things To Avoid When Trick or Treating. 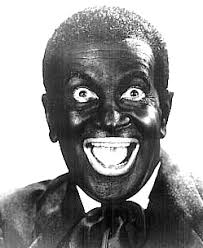 Its that time of year again kiddies; the few weekends of the year we're culturally encouraged to party like its 1999, dress inappropriately and make general nusinces of ourselves, parrot our favorite obscure pop culture references and turn them into costumes...or at the very least (if you're female) get your tits out and call it ironic.

And yes, I've made some ado about the stripperific problem with costumes for women once before...but it bares repeating. When "Sexy superheroine" costumes are quite simply struggling into high boots and a frilly skirt whist arching your back and popping through a boob window...it says way more about what we expect when it comes to women and sex appeal than it does about anything heroic. Good luck fighting crime in this, Supergirl, least of all without some serious wardrobe malfunctions.

If I'm interpeting Halloween properly, its supposed to be fun, mirthful and campy. Does it speak to deeper problems when you're  costume channels "Sexy Squaw" (which according to some sources, is a slur against native women in the first place), constitutes dressing up in blackface or fetishizes Asian women to the point of chariciture? Not always, but if you don't want to come off as a blithely unaware, unenlightened clod at your next Halloween mixer while in the "Ghetto Baby Mama" costume, you might want to parse this very helpful checklist Gawker has comprised to help you not make an ass of yourself. Here to help, avoid  being "that guy".


Update: A friend pointed out a really impressive psa about cultural parodying in costumes, and it really resonates. On the response the blogger has gotten, its something I've seen a lot when it comes to racism, sexism (the Catwoman post for example) and homophobia and why we can't seem to have rational conversations in public about them. Primarily because those outside of the "dominant cultural" perspective aren't impacted or moved by it and feel that its somehow trivial or unimportant to have to be made to care. Its disgusting how common this reaction is...but whenever anyone tries to point out that an ethnic or cultural minority might have a valid perspective outside of "sexy squaw"...well, then you're a party pooper that nobody wants to hear from or wants to be shouted down to the point of silence. All indications that these cultural issues are inherently linked to power, and the ability for the group that benefits from the trivialization being able to not be called out, or held accountable for doing so are typical and breathtakingly sad. Willful obliviousness always is.

Email ThisBlogThis!Share to TwitterShare to FacebookShare to Pinterest
Labels: halloween, how not to be a douchebag, racism, sexism