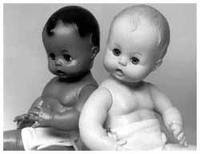 I wrote this in response to a post on the oft clever gay oriented pop-culture site AfterElton in which a mildly innocent writer penned a missive to a Dear Abbyesque Q & A segment about whether his explicitly stated preferences against "dark skinned men" was as his friends were suggesting "racist".

The columnist did a deft job of tackling the sensitivity of the topic, when he cautioned that preferences are to be expected, but openly stating preferences that border on the outright dismissal of entire swaths of the population can be associated with being…biased. Quite a few readers came down staunchly opposed to the idea, stating that attraction is merely an expression of the individual, and that being so “sensitive” to the whining of a minority group was tantamount to the PC police dictating how one feels. It set me to a great deal of thinking on the subject, and left me bittersweet on the overall prospect of preference and privilege.

It is a precarious place, the intersection where race, preference and culture converge. Often we assume our individual preferences are innate and purely our own through no outside influence or social stimuli. Often we consider what attracts us or what fetishes we conform to purely biological or psychological. Its often rationalized "I like what I like, so why overthink it?". While our preferences are in fact owned by the self, the sheer impact and power of the dominant culture on our thoughts and perceptions of ourselves, and the social world we inhabit is casually overlooked in pursuit of our individual preferences. We tell ourselves our ideas are the result of our reasoned choices alone. And if anything, especially in the face of theories like the social construction of reality- we are invariably ...inaccurate about the origins of our preferences.

All of us are shaped by social forces outside the self. The overarching cultures in which we're reared inform us of the meaning we derive from the world at large; we do not know the sky is "blue" until we're taught it, we don't understand the reality in which we live contextually until we're socialized to do so. As it pertains to racial bias in our preferences, its nigh impossible to suggest that we as individuals generate preferences without them being informed and colored by the culture/social environment we inhabit.

Case in point, the always illuminating "doll study" conducted by Kenneth and Maime Clark. The findings in the Jim Crow era South is arguably little different than it is at present. When socialized by the dominant culture, minority children often, as the study suggests, attribute positive qualities to members of the dominant group and negative characteristics to the group they've been ascribed to:

Almost all of the children readily identified the race of the dolls. However, when asked which they preferred, the majority selected the white doll and attributed positive characteristics to it. The Clarks also gave the children outline drawings of a boy and girl and asked them to color the figures the same color as themselves. Many of the children with dark complexions colored the figures with a white or yellow crayon. The Clarks concluded that "prejudice, discrimination, and segregation" caused black children to develop a sense of inferiority and self-hatred. This photograph was taken by Gordon Parks for a 1947 issue of Ebony magazine.

The Clarks' study is as timely now, as the ingrained preconceptions and biases are disseminated through the media and pop-culture (Anderson Cooper's 2010 report on the topic serves as depressing confirmation). Much the way the children in the doll study internalized race and preference, even when it meant rejecting that with their own skin color, a society weaned on ideal types and the customary presentation of heroes, objects of affection and desire and romantic figures that speak to the dominant culture at the expense of other subcultures or ethnic groups that continually fail to see themselves as a part of the broader representation of cultural identity.

The "otherness" of the African-American identity is disjointed, fragmented. Little girls in Stamps, Arkansas grew up in times recent past feeling a certain sort of alienation from the expectations and consideration of the larger (whiter) world around them. Leaving them desperate for legitimate acceptance, the “normal” conventions with which the overarching culture seeks to conform seeming both further away and more discouraging to dare to aspire towards. Navigating a society that rejects both overtly and covertly leaves little unscathed when it regards the internalization of these social norms. And as such, minority communities learn to exist in social environments that typecasts, confines and scrutinizes them; that insists they acculturate to but will not be fully appreciated in the expanse of American life.