With all the zombie themed material out there-from popular First Person Shooters with inexplicable zombie modes, to the demure sisters of the Jane Austen novel Pride and Prejudice doing battle with the undead (No, I’m not making this up) , its safe to say that zombies have shambled into the public consumption in a major way. Its debatable that all of these depictions of the mindless undead are good, but the frequency of zombie lore in the mainstream entertainment media has notably increased recently.

Zombie lore can be traced back to Haiti and West African witchcraft conjuring up undead servants to do their bidding based on collective fears of the supernatural, but more Western portrayals- like George Romeo’s cult classic Night of the Living Dead preys upon other persistent phobias in Western culture: contagion, overpopulation and misuse of technology and science leading to the fall of civilization and eventual dystopia. And this dystopia resonates well in the modern world, where the population grows increasingly larger and the potential dangers from it (plague and outbreak, failure of government to meet these needs etc.) seem to lurk around every corner. Rid the public of their humanity and their ability for empathy and conscious thought and the teaming unchecked masses become credible and persistent dangers clamoring for the one commodity left. Fresh meat.

Its an easier thing to tell gory, one-liner heavy, high action stories about the humanity’s last stand in the face of outbreak and groupthink, than it is to tell the very human stories of isolation and loss that would likely surround such an unfortunate series of events.Why Kirkman’s the Walking Dead series works so well both in comic book and television formats is because it tells the very underscored stories of emotional fallout, grief and uncertainty surrounding the sudden caving of society, and mines that in incredibly interesting ways as the story progresses. What do we give up to ensure safety in a world where social conventions have forsaken us and what do we hold on to when culture no longer provides us with structure? The series also has some brilliant character beats from its diverse and disparate cast of characters. (Almost always the best of them come from the almost uncomfortably efficient zombie slayer Michonne), and how all of the characters seem painfully, failingly human in unthinkable circumstances. The father and son duo that meets Rick in the beginning of the story have become insular to the point of distrusting live humans more than their undead counterparts. The father Morgan grapples with the grim truth that his wife is outside among the horde and cannot bring himself to kill her or leave the neighborhood. The reason it works, and works so well is that the cycle of grief and erosion of humanity is so well played and so smartly depicted that its hard not to ponder the moral and logistical implications of it all.

Judging from the massive success of the Pilot, having been seen by 8.3 million viewers over the weekend, people have the chance to sink their teeth into the meaty, surprisingly thought provoking series and hopefully will continue to as it progresses. In the zombie glutted market over the past few years, it really is the freshest brain around. 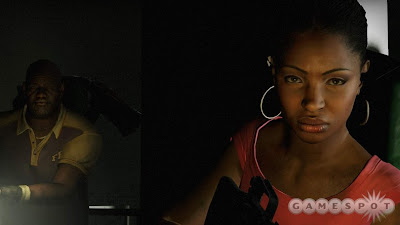