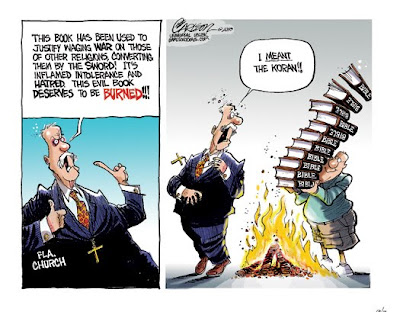 As an undergraduate at East Carolina University, and later as a Grad Student in their Sociology department, many times I’d find myself at Southern Poverty Law Center’s website with both a stark admiration of the quality of the research they do, and the inkling that someday, in some way, I’d love nothing more than to work with an organization with the same sort of mission statement. The SPLC does invaluable work monitoring and providing legal opposition to hate groups, and their dedication to civil rights and the civically disenfranchised in our society is beyond commendable. The difficulty with being a steadfast proponent of positive social change is that there are often social and legal constructs long set in place against such progress. Quite similarly, scripture and (false) pseudo-scientific rationalizations were concocted to justify slavery and later segregation socio-culturally, just as Jim Crow was legislated to ensure that the social order/status quo was maintained.

Sociological thought assumes no different when it comes to homophobia. Attitudes towards those that seek to enshrine persons who happen to be gay in a separate and unequal career trajectory should their cloistered lives be brought to light. (I’m looking at you Don’t Ask Don’t Tell) Or are squeamish about anti-bullying legislation if it includes any language “endorsing” homosexuality whilst being draped in the guise of religious freedoms can still in fact be hateful. Discrimination of this nature is institutional, much the way slavery became institutional and anti-miscegenation laws became institutional. When the government adopts the prejudices of the overall society and then seeks to disempower an ethnic or cultural minority group based on these assumptions (i.e- Travel Bans on HIV Positive persons) we have no place pretending that we live in a democratic, egalitarian society where the rights of all are upheld and protected.

What is entirely valid and well said about the editorial I reference above, is that Tim Rutton on December 1, 2010 evidenced all the ways individual prejudices become institutionalized discrimination. He looks at the history of the SPLC and the contrasting organization the Family Research Council and comes away with the analysis that the verdict of the SPLC here is correct entirely because of the defamation and misinformation used to pursue their goals. If the Family Research Council has valid information about why homosexuality in their religious view is a sin, fine. But to present scientifically disproven information (numerous studies bare out that a lot of the rhetoric the Christian right presents about the evils of homosexuality are miguided at best) and/or to conflate an entire group of people with pedophiles hellbent on converting one’s children and destroying the foundation of the family is nothing more than pearl clutching histrionics, not the assertions of a credible research institution.

These paragraphs are key:

Other conservative commentators also have assailed listing the council as a hate group, calling it an affront to protected speech. That is a superficially compelling argument, but it won't withstand scrutiny. It is perfectly possible for a church or an organization associated with a denomination or religious tendency — as the Family Research Council is with evangelical Protestantism — to oppose, say, marriage equality as a departure from tradition and traditional notions of civic virtue without defaming gays and lesbians as a group.

But the council goes well beyond that. Over the years, it has published statistical compendiums purporting to quantify the "evils" of homosexuality. One of its pamphlets is entitled, "Dark Obsession: The Tragedy and Threat of the Homosexual Lifestyle." At various times, its spokesmen have spuriously alleged that the gay rights movement's goal "is to go after children" and that child molestation is more likely to occur in households with gay parents. Last week, one of its senior fellows, Peter Sprigg, told reporters on a conference call concerning repeal of the "don't ask, don't tell" policy that "homosexuals in the military are three times more likely to commit sexual assaults than heterosexuals are relative to their numbers."

Such rhetoric is eerily reminiscent of that with which religiously affiliated opponents of African American equality once defended segregation. It wasn't all that long ago that some of them argued against school integration because, they alleged, black adolescents were uniquely unable to control sexual impulses and, therefore, would assault white schoolgirls. Exhortations against "race mixing" were commonplace pulpit messages short decades ago, though we now recognize them as hate speech. It's past time to do the same with rhetoric that denigrates gays and lesbians.

And this is the eerily familiar aspect of this social conservatism. Society, especially those in more socially conservative periods of humankind, has been uniformly talented at maintaining the status quo, and incredibly creative about creating ways to perpetuate social control. Politicians and now unfortunately powerful lobbyist groups like the Family Research Center are quick in these instances to deem themselves as the arbiters of social propriety and dictate others act accordingly. As Rutten implies, this oversteps the bounds of religious freedom by a great deal, and encroaches on the rights of others to make any decisions outside of those prescribed by said arbiters. If these assertions are made within the confines of a religious institution, they are to be honored and protected, if they make their way into public discourse and policy, the assumption that they’re to be protected by religious freedoms becomes flimsier and flimsier still.

If you and your preacher agree that “the gays” are all the things those scant scriptures say they are, fine. But the day you seek to disempower the rights of other law abiding citizens because of it all pretense of civility and ethicality recedes from view. 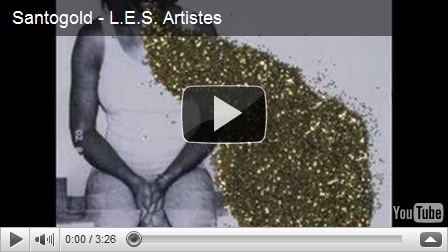 Email ThisBlogThis!Share to TwitterShare to FacebookShare to Pinterest
Labels: douchey concepts in douchbaggery, homophobia, idiotic behavior, intolerence, this is me not getting it, wallbang