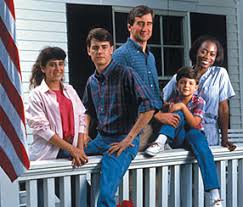 the summer "issues film" the Help has has a... controversial trajectory to book clubs and matinee movie success, to say the least. The novel's author Kathryn Sockett's story about the glowing relationship between white middle class women (families) and their black domestics has garnered a fair share of praise, and as of recently a bit of justifiable derision, some of it in the form of a now dropped lawsuit from one of the people the book was "inspired by".

And while there's something worthy of exploration, and seeds of truth in the narritive here, every time I approach this particular story, I'm reminded of the Jim Crow era small town North Carolina that was my father's reality...and a relationship between black caregivers and white children that was very rarely mutually beneficial.

I'm reminded of an odd conversation with an earnest, talented artist from "around these parts" during the hazy twilight hours of last call. He was waxing philosophic about the wonderful black woman that served as a nanny for he and his siblings. I couldn't help but think of my father and the picture of his childhood that had materalized over the years; the one where his mother spent the majority of her time tending to other people's children while he was raised by the television, a latch key kid before they were in fashion. And this was the trend during and preceeding the Jim Crow era: black women would be omnipresent forces of maternal comfort for their white charges at the expense of their actual children.

At some point during the conversation with the artist above, I turned to him, and asked "Is this woman on your Christmas card list? Do you invite her to family functions? No? Obviously you were quite close." This sort of adoration he espouses strikes me even now as false and hollow, and while I think it must be possible to have positive, genuine relationships with paid caregivers , the intimacy channeled by "the Help" might be in fact one directional. As for the book and film itself, I doubt it underscores the political and interpersonal turmoil, and the complexity of relationships between white families and black employees with as much depth and as critical an eye as PBS's brilliant "Ill Fly Away" . As it pertains to race, gender and family during the Jim Crow era, black women typified by this role worked how they were able (as caregivers, maids, factory workers etc) and as a result had much diminished ability to nurture their own children on occasion...an indication that at the time mothering was a bit of a zero sum game, for every starry eyed southern white child that reminsices about the black woman that reared them (with names that were likely not their own), there were children who couldn't do so with their own mothers due to the displacement.

For tuneage? The incomparable Florence + the Machine = Loveliness.
Posted by g_whiz at 7:27 AM