Proof of Life (I Feel Therefore I Am) 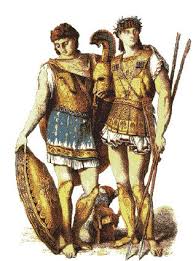 'via Blog this'
“There’s one big fact that’s not backed up. There is no proof that there’s ever anything like a gay, lesbian or bisexual or transgendered child, or teen or human. One of the other things you’re gonna see as I mentioned is a big campaign GLSEN’s gonna roll out this year calling for ‘respect,’ respect! Not just for people, but for homosexual lifestyle. The PR campaign to hold up gay as a good thing: the lifestyle, not the person, because there are no such humans.”
Its been a long day; classes, driving...fun filled holiday weekend recoveries...but all I have to say to the above is this: I feel therefore I am.
Beyond that- commentary like this, with the Xtian right bemoaning "lifestyle choice" understates the reality that religion in and of itself is a lifestyle choice. We're entirely more likely to be raised Christian in a "western" society where such religions are in the majority. We're socialized to perceive the world through a lens of pseudo-spirituality and its no excuse to justify abject bigotry and presume that because we're prone to seeing the world through a given lens, that other people do not exist. Its beyond calloused to claim that people who don't share your "values" are less valid (or in this case not real) based on a logical fallacy. But then, this woman has been making consistently similar soundbytes for quite a while, and its a piss poor argument to begin with. Ms. Harvey, scores of historical and sociological research begs to differ with you.
As far as lifestyle choices are concerned, I'm choosing to avoid those of her ilk, they don't make their God (tm) look so great...
Bloc Party- because feeling = meaning.
Posted by g_whiz at 9:00 PM