Comic Books and the "Liberal Agenda". (My mind hurts) 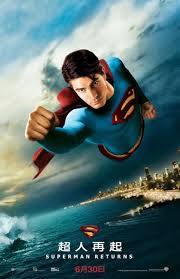 Retailer boycotts Action Comics, Morrison over perceived blasphemy | Robot 6 @ Comic Book Resources – Covering Comic Book News and Entertainment:
In other news, a crotchety comic book retailer in Asheboro (my cousins live there- and it gives new meaning to the term remote) has decided to drop Action comics because of...something... in his own lunatic words...
"I deal with books like Crossed and The Boys,” he wrote. “I accepted gay characters being introduced into a children-specific book like Archie Comics. I however am getting very tired of having comic writer’s liberal agendas force fed to me. Mr. Morrison has stepped over my line. If I have to stand alone on this … I will.”"

To which I say, oh poor put upon Christian, having to "put up" with the idea that some people, both writers and readers alike might have ideas that aren't yours, might want to read stories about "gay kids in Riverdale" that you have to "tolerate", or ultraviolent anti-terror comics like the Boys. You're a retailer, not a televangelist. Either provide your customers the things they want from you, or do not, but to attach it to some batshit crazy rant on Superman being the embodiment of goodness and christianity to the point that whatever he thinks was uttered by him is an affront is just delusion personified.
More to the point? The percieved slight is this man reacting to comic book style grunting of Superman being hit by a tank. "Gd" could very well be an appropriate response. What he's done here, using something this inane as an inference to some sort of "liberal agenda"? Beyond absurdity. People like this should be laughed off the planet. Only in North Carolina, folks! (also, I rather assure you you stand alone on this on account of all the crazy)
'via Blog this'
Here's some Friendly Fire inspired earworm. Dig it.
Posted by g_whiz at 9:15 AM

Email ThisBlogThis!Share to TwitterShare to FacebookShare to Pinterest
Labels: NC Politics, Right wing stupidity, this is me not getting it