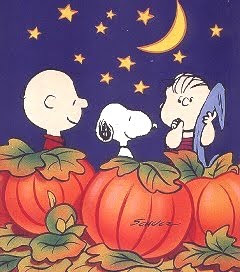 Its that time of year again. Summer gives us the big kiss off and I gladly find myself dusting off my favorite blazers and unpacking sweaters. I've been really growing to enjoy the drive into the Poconos every afternoon as the slopes and mountains become dotted with more vibrant hues each day. Granted, there's little in life that is perfect, but I find its near impossible to angst when kicking through a pile of newly fallen leaves and the wind picks up.

Halloween is coming, and I've always been crap at this holiday. I love Autumn and just about everything that comes with it, but my slightly rigid religious upbringing hand waved anything to do with All Hallows Eve. (Wickedness, idle greed you get the drift. ) My birthday is coming up and I had wanted to attempt this year to have some grand video-game and comic book themed costume party at a tiny venue a few blocks from here, but I'm not sure how well that'll work out. I'm spazzing too much about what to do for a costume to focus on that right now. I'm not even fully sure I want to go to to any big lengths. In years past I'd throw on a jacket, pick out my once and former Afro and wander around costume parties and keggers with friends, only to be interrupted by the occasional passerby and asked "Are you supposed to be Lenny Kravits?" I'd shrug briefly, roll my eyes and say, "Yeah, sure, go with that." At other times I'd just say I was a "Jaded Northerner" and call it a day. I feel like I should make a go at doing the dorky costumery angle properly...but I'm not sure where to start. Its not like video games as a genre has a lot of African-American characters that aren't in sports or some glaring cliche (thanks Japan). And Comic books? I'm not sure if I want to be Luke Cage this year. The options?

Speaking of zombie goodness, clever readers will have already heard of the horror comic the Walking Dead. AMC bought the rights a while back, and the impending series? Looking like gory gory goodness. Seriously, I'm looking forward.

It looks like its going to be another great day. I think I'm going to try to avoid the public house once I get back from class. The weekend was manic (went on a brilliant historic Halloween walking tour of Easton and much fun was had by all). I could stand to recover a bit. So check out this awesome song. Bloc Party. Nuff said. Later days.

Email ThisBlogThis!Share to TwitterShare to FacebookShare to Pinterest
Labels: autumn, black characters in media, halloween, this is me not getting it