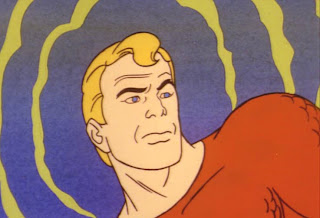 If I were a betting man, I'd put money on it turning out to be a gorgeous day. I'm jamming out to Pandora (a freaking lush electropop and nerdcore station inspired by "Toro y Moi" , which I've posted a song to earlier) working on some copy editing, and smiling absently. I thought I'd take the liberty of sharing some of the "cooler" pop-culture trends (music, video games, comic books) I've snuck upon this week in this post: 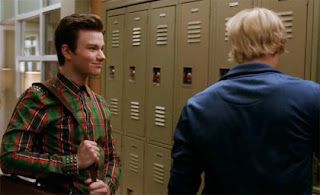 I admit with some trepidation that I've been watching Glee for some time, and am continually impressed with the level of irepressible spirit and unquestionable talent Ryan Murphy has managed to assemble in the telling of his absurd yet winning musical theatre dramaedy. Other nods? Its easily one of the most diverse television shows on network television, what with hispanic snarky head cheerleaders, out and over the top fabulous soprano gays, orientationally ambiguous jock comic fans, multi-racial primadonnas and asian goths. This weeks episode was both brilliant (Every single number was fantastic, the New Guy is really likeable, Other Asian actually has lines!) and subtextually frustrating.

What I found grating about the epsidoe after the fact revolves around interpetation of homophobia. Finn, our masculine ideal, basically insists that Kurt- the lone gay should "back off" any percieved interest in new kid Sam because "two guys singing a duet together would be social suicide", despite the fact that Sam is not at all bothered by the idea (and also comments about his insistance that Sam should see this as icky as homophobic). Instead Kurt backs off out of self-sacrificing guilt and sulkily decides he's destined for solitude. What drives me nuts is that the only reason he's being isolated is because his so called friend has gone out of his way to make this happen. If the moral of the story is suck it up queer boys because expressing interest in anyone who isn't openly gay is predatory, I'm going to go ahead and call unfortunate implications there. And I'll say it. Finn is a jerkass. And this show is full of mixed messages and mised opportunities...but its always fun to watch.