Neither Fair Nor Balanced. 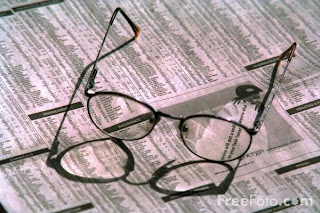 Its interesting that the Washington Post is willing to provide the "balanced" viewpoint of the esteemed Tony Perkins (head of the dubiously named Family "Research" Council) in the wake of the epidemic of gay suicides. Sure, yes, further indotrinate the idea that gay people are degenerates and see how much that helps. Something I think its interesting about how gay issues are handeld in the media is that when a gay rights issue comes up, there's point and counterpoint; most of the time provided of someone from Perkins' rolodex. The last word is given to that of the "family value" set, and the news organization calls it a day. Its troubling though how so few dialouges about anti-semitism or racism are presented with counterpoint from Matt Hale from the Church of the Creator... is it ethical or even logical to provide platforms for gay issues to institutions that will adhere to their blind, dehumanizing biases regardless of the reprocussions?

The impressivley documented blog Good As You does an amazing job debunking Perkins editorial barbs:

So yea, in short: FRC's body of work is made up of some enormously jaw-dropping
charges, the likes of which unabashedly dehumanize LGBT people and their allies.
Charges that have all gone down under Tony's watch/embrace. Yet despite the
record, Tony is constantly afforded the opportunity to throw on a suit, fire up
the talking point machine, and take to one of our nation's esteemed mainstream
media outlets, identified as little more than a "from the right" voice of
political dissent. On "Face The Nation." On CNN. And now in The Washington
Post's "On Faith" column, where Tony has been granted a forum to peddle his
views about homosexuality itself being the reason why so many gay kids suffer,
and that "change" through Jesus is the best remedy for bullying/suicide/crimes
of bias.

My only pressing question would be what would compell the Post to publish a tirade from Perkins and not one from David Duke (as their biases against particular groups have both made their careers)? What do you make of this, friends and neighbors(s)?