Vandals at the Gift Shop 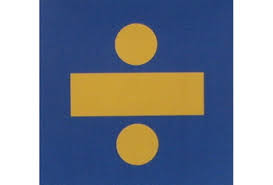 OneAngryQueer: HRC Store Vandalized, Radical Queer Group Claims Responsibility
Above: The ever rad OneAngryQueer on the happening.
Below: The pithy, snarky, irreverent press release of those claiming responsiblity for this...silliness.

The modern LGBT movement owes its success to three days of smashing, burning, punching, and kicking–all of it happily indiscriminate–and the confrontational tactics of groups like ACT-UP that followed in the decades since. Yet, somehow we’ve forgotten our riotous roots.

Gay Pride, for example, wasn’t always a suburban county fair with less fanny packs and lined with banks and politicians. The first Pride was the 1970 Christopher Street Liberation Day march, a celebration of the riots the year before (and to this day, Pride festivals the world over are celebrated in June).

But we’ve been snorting ritalin and drinking whiskey all night and this manifesto tomfoolery is wearing us down so let’s bring it home, shall we?

Why, you’re asking, did we specifically target the HRC, a massive national gay rights non-profit as opposed to vomiting urine on Rick Santorum or something equally fun?

Put simply, they suck. What do they suck? Cash. Lots of it.

The HRC rakes in something approaching 50 million dollars a year in revenue–their executive director, Joe Salmonellamayonaisemanese pulls in a salary of several hundred grand. What have we gotten out of this bloated carcass? Not a thing worth mentioning and every now and then, they eagerly sell trans people up the river. Seriously, this is an organization that hordes money and does nothing useful. It’s a sad, sick dinosaur.

"We lack a homeless shelter...so lets attack the few things 'we' actually have." The HRC is incredibly visible, so its faults (sometimes glaring) are fairly visible too. Does this mean we take our eye off the prize and take pot shots at it while we have sworn enemies actively trying to disempower us at every turn? Well, according to this little band of pranksters it does. Way to take a credible argument (in some ways) and make it less relevant than the act that punctuated it.
That said, regarding civil rights movements and activism, there are more than a few ways to skin the proverbial cat and win hearts and minds. Dr. King and Malcom X had differing tactics to be sure, but the end game was always improving the way of life of a disenfranchised people. Similarly, pointing out when the Emperor has no clothes is not the problem as much as the juvenile tactics employed to do so are. Its not easy being an activist. Often there's a thousand legitimate gripes and not enough people self aware enough to even begin to care about them in a genuine and meaningful way. One way to turn people off entirely though? Dull and tactless stunts that damage people and organizations that are far far less odious than those we should be marshaling our energy for.
Posted by g_whiz at 3:16 PM

Email ThisBlogThis!Share to TwitterShare to FacebookShare to Pinterest
Labels: anarchy, gay media critique, kids these days and their rock and roll music, stupidity, this is me not getting it