"Getting Over It"- On Racial Obliviousness and Other Ways to Segregate. 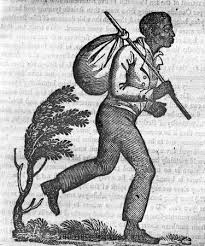 Those of you that confront consternation about racism with a pithy "get over it" remark from their armchairs present an interesting, if not a little complicated suggestion about America and race. To "get over ourselves" is problematic in that it actively involves first understanding the self in the first place. As it pertains to the socio-economic implications of race in American culture, we live in a society that considers race so important that every ethnicity/"race" other than Caucasian generally inserts a hyphenated disclaimers FIRST stating our racial background before our nationality. As a way of adding context to this truth; the only time I’ve just been called “an American” in my life was when I was wandering around Montreal having political conversations. It was an odd bit of culture shock at the moment, and one where I was suddenly reminded how important the status of “race” is in our culture.

Some have suggested (ignorantly) that in order to “get over” race, we should abolish the idea that its important….but hundreds of years of stratification and inequality have in fact been caused and perpetuated because of this socially constructed topic. Human lives have been lost and thought irrelevant because of our culture’s inaccurate considerations of race. In short, so many abhorrent acts if human cruelty has been visited upon people of African-American dissent …and so much of our lives has been dictated by a status our culture itself has dictated is THE most important aspect of who we are that it becomes a little insulting for people to suggest we “get over” being black because it suddenly makes things easier for everyone else.

I’m reminded of a conversation I was relayed by a good friend and neighbor before Heritage day this year. The friend overheard people we know at a party say , “Man, what is up with Black people and slavery? It happened over 200 years ago! Get over it!” The suggestion that these aspects of our history that are negative and have had real and lasting implications for an entire group of people based on (arbitrarily) their racial background seems to trouble those who grapple with how to process this experience you resent and consider “white guilt”. The irony? The next day we as a community were celebrating the history of an event that happened far far earlier. I’d be curious if he felt we should get over celebrating that (arguably white) heritage as well. So again the dominant culture gets to dictate what the minority culture considers relevant, when the dominant culture has previously gone out of its way to create and perpetuate these concepts of racial and ethnic difference in the first place.

What I find suspect is that a group of people who openly display that they are neither willing or interested in considering that the history of African-Americans is no different than the history of America in general, the group of people who suggest they “get over” blackness, slavery, jim crow and the like are often the very same people who are quick to remind us of our “otherness” of our hyphenated statuses. To bring this full circle, would you or anyone other than a Holocaust denier (who I hope we can all agree would be on the wrong side of History) suggest that someone who told a Holocaust survivor or his or her direct descendants to “get over” the Holocaust and forget the fact that an entire community or nation got together and decided they should be imprisoned, and or killed based on their ethnic or racial status? How then can you be so disconnected in this regard?

Its an interesting conundrum. If you ran a poll asking people belonging to an ethnic minority group if they would like to get beyond racism as an overall society, I bet you the lionshare would say yes without hesitation. What I see as the problem to what you suggest is that your “get over it” response doesn’t – like the overheard partygoer- come from a place of historical context or awareness. It comes from a place where you feel inconvenienced and annoyed for having to recognize the negative aspects of American racial history and the part dominant culture (the part more people than you come from, I remind) has played in that. That there’s a suggestion that you as an individual of a certain status haven’t had to (ever) consider the matter of how race impacts you fully due to your status. That’s a privilege. It’s a luxury. And one I rather envy.

I can count the number of times I’ve been reminded of my statuses as being a national outsider in my own nation. Again, it took going to Canada to be reminded I was “interesting for an American”. I would LOVE to be able to “get over race”, but first it would require that a bunch of people who seem so utterly disconnected about how much its shaped the recent past of American culture actually acknowledging that these differences our culture has created happened in the first place. Coming to terms with an issue with such a profoundly large social impact requires a lot more than just deciding to “get over it”. It requires examination and understanding, reflection and awareness. If our culture’s relationship with the issue of slavery has taught us anything- its that most people in the majority aren’t interested in doing that long enough to move forward.