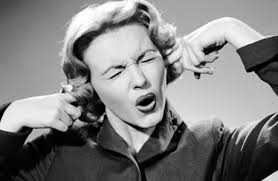 Speaking of feeble defenses and mis-apropriated sociological research; Al Franken absolutely dessimates the testimony of Focus of the Family representative's ...rather creative (false) assumptions about the article he sites.
The Box Turtle Bulletin highlights that here.
I'm not sure whether to be dismayed or amused at the aftermath of the DOMA exchange above. Especially considering Right Wing Conservatives are still clinging to the belief that the study cited excluded same sex nuclear families and Sen. Franken was flat out wrong.
That is, until the researcher responsible for the study chimed in, claiming that the Senator was correct in reading that nuclear families in this (or any) case meant two parents related to children by adoption or birth, and same sex families were included in the study. Same economic, emotional and psychological benefits. Period. Granted, the Good As You Article above is an indicator cold hard scientific evidence of normalcy isn't useful when countering those with fingers in their ears.
Music by Hey Champ.
Posted by g_whiz at 11:42 AM