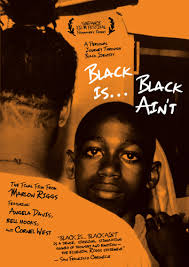 Joe. My. God.: Fischer: Herman Cain Is Authentically Black, President Obama Isn't
Well, two dizzyingly bigoted screeds from the man in the same day. And here I'd thought one couldn't stoop to levels of putridness this often consecutively. The man does like to outdo himself it would seem.
So here's the jist: Because the President of the United States is visiting Ireland (much to the pleasure of the Irish themselves, the fanfare is pretty endearing) and honors and respects the ancestry of his grandparents- who raised him, he's less convincing as "a black person". Fischer then goes on to trumpet the new GOP darling, who...apparently is somehow more black because he's allegedly of "purer" black parentage?
Interestingly enough, I'm willing to bet Fischer and his ilk categorize President Obama as black every other time it serves their purposes. To now go out of one's way to use the idea that he's "not black enough" to be authentic is...both galling, and a troubling line of thought that has permeated African-American culture for generations.
Thats the funny thing about "blackness" (tm). Its subjective. Blackness (much like jewishness or being hispanic) can be ethnic, racial,or some variation inbetween, as I can consider myself black, merely because my ancestry is denoted as such, or because I ascribe to various cultural norms associated with the group. People often associate norms of an ethnic group with the belonging to the racial status. I am black by proxy of having black ancestry. I'm also a suburban brat with a vocabulary on steroids, musical and literary tastes that verge on the grungy/indie rock and seldom conform to the more generic of the sub-cultural cliches we're told are valid if we're to act the part. People very annoyingly remark that I don't "act black" or "sound black"...and that I somehow need to convince them that I am. Its funny, whenever I'm in environments where the likes of Fisher feel comofrtable I'm always ACUTELY aware of how black I am, regardless of how I act or speak. One is punished/judged for belonging to the "deviant" outgroup of black WELL before performance of blackness even comes into play.

Brian Fischer is likely as disconnected about racial issues as he is about gender and sexuality, make no mistake, but what he's done here is beneath contempt. President Obama is the antithesis of everything Christian Conservatives stand for (regardless of them sharing a religious vantage- despite how loathe most conservatives are to admit this)and the rejection out of hand is seldom merely just about political divides. To conjure this argument that a white old conservative can be the arbiter of "blackness" is no different than it was in the antebellum south when the house and field slaves were routed into distinct classes, with one having more "privileges" than the other. In order to simplify the act of judging what place to put black folk in, the "One Drop Rule" became the rule of thumb for "determining" how strictly, how rigidly to stratify an individual under scrutiny. One drop of "black blood" (however this was measured in the early days of the 1900s)was enough to banish you to seperate-but-equalville. Many a fairer person of African-American ancestry have experienced the ethnicity v. racial complexity of blackness in the act of "passing" during more despicable periods of Southern history. The film "An Imitation of Life" deftly explores the concept; the marginalized tragic mulatto internalizes a world of contempt and comes to reject the family that cannot renegotiate their racial identities similarly. Under normal circumstances, white powerholding arbiters of racial hierarchy favored the "white makes right" ideology, currying incremental favors upon their biracial slaves while still holding them at arms length vis a vis the one drop rule.

On the other end of the spectrum, judging the authentically of blackness are those of the African-American community who would disdain members who don't neatly conform to the expectations established by other arbiters. To be deemed "not black enough" is to be judged unworthy of membership in the group because of a performance not up to snuff. The problem becomes being scorned by racists within the dominant culture, who will gladly write off black people merely for being racially "other", and being treated as suspect by the minority culture you belong to for not prescribing to cultural adherents. To be seen as insufficient by the group others are punishing you for being part of, ironically. A lifetime of otherness.

It reminds me of an experience I had in high school, where a pithy girl I once knew asked with a wry smile on her lips if I felt "any less black for living in the suburbs." The implications stung me and I found myself both saddened and angry. I thought on it a bit and turned to her and said "No, I still get called a N***** enough on the off chance I was to forget." And the truth of such ignorance is the sorrier thing. We are whatever race we've been parceled into by accident of birth and social prescription. The cultural and much of the behavioral are environmental factors, that when it comes to blackness we begrudge when people don't meet the standards (usually low) we expect of other black people. I act like a boy from the suburbs with overly cerebral parents, and I've never once forgotten myself. Why would I? Much like President Obama there are scores of people out in the world that are more than willing to remind us, should this come to pass.