the Darkside of the Force 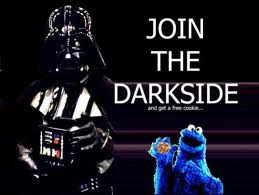 Was the "Out" Power List Sponsored by Wite-Out? | People, Celebrities, Actors & Profiles Of Gay & Bisexual Men In Movies, TV Shows & Music | AfterElton.com
I wanted to share the above outstanding article by BriOut from AfterElton.com. By way of response to the very clever and very pointed piece, I offer the following as an initial salvo into this case of color, power, and perspective (as I posted it on the site):

Like much of the universe now that we have the interweb, I don't look at a lot of print media. OUT is a magazine I've tried to get into (and I suppose I'll have to now that a friend bought me a subscription, randomly) but I DO think its too fluff, too benign. While I haven't combed through this particular list, I remember the one from the year before was pretty inspiring to me at the time. Perhaps the criteria for selection is different...

but lets be honest here. What sort of message is it to give the likes of Ken Melhman kudos for working tooth and nail to disempower gay people while he was closeted to ENSURE his boss could get into office and make our collective lives worse. Sure, thats power...but I wasn't aware we were going to be cheering for the Darkside of the force. This is a farce, and if they want to be taken seriously, they'll not pander to closetcases and Uncle Toms and pretend THAT is in any way powerful.